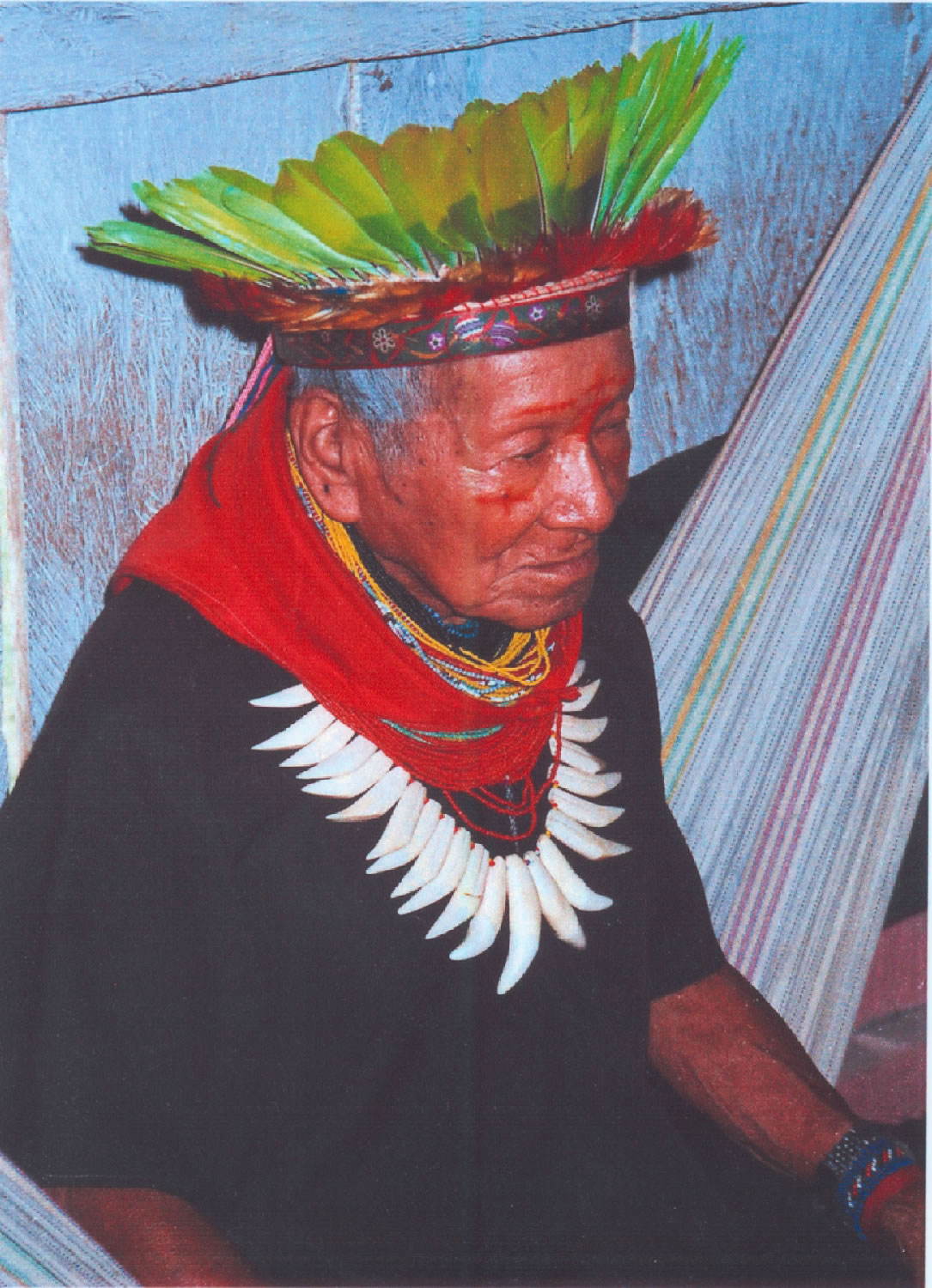 We are saddened to report that Taita Fernando Mendúa Queta, one of the most respected of the Kofán taitas of Colombia and the spiritual leader of the Kofán people recently died (circa 2007). He was said to be 107 years old. Though Taita Fernando only just came to the Foundation's attention through Board of Trustee member Melinda Maxfield, we are happy that we were able to assist him with a stipend for even a short time.

Fernando Mendúa Queta was the oldest and most respected of the Kofán taitas (shamans). He was known for his power and extensive shamanic wisdom. Until his passing, he continued to serve as a member of the Council of Elders of UMIYAC, the Union of Traditional Healers of the Colombian Amazon.

Taita Fernando was born in the Colombia - Ecuador border region and grew up in an indigenous reserve between the San Miguel and Aguarico Rivers. Eighty years ago, he arrived in the indigenous reserve of Yarinal ( Municipality of San Miguel — Putumayo Department). After that, he instructed almost all of the Kofán taitas.

Taita Fernando learned from his Kofán grandparents, ceremonially drinking the medicinal preparation yagé in the mountains since he was eight years old. He had a son, Cirilo Mendúa, who is also a taita. He lived alone, but Cirilo and Tiberio Lucitante took care of him.

Despite his advanced age, Taita Fernando attended UMIYAC meetings, guided the Kofáns’ destiny, and transmitted his knowledge to numerous pupils. He supported the indigenous reserves of Afilador, Yarinal-San Marcelino, and Santa Rosa, for the common good and recovery of their territories, culture, and indigenous rights.